Welcome to Arlington, Texas, centrally located in North Texas and 10 minutes from D/FW International airport! The ACVB is the official and exclusive travel and tourism authority of the City of Arlington, Texas. Arlington is home to first-class attractions, year-round events and one-of-a-kind options for meetings and conventions. With a wide range of entertaining options, including major attractions like AT&T Stadium, Six Flags Over Texas, Six Flags Hurricane Harbor, Texas Rangers and the Esports Stadium Arlington, you'll also find Texas Live!, a new multi-million dollar entertainment complex with restaurants, bars, live entertainment, and massive screens for elevated viewing experiences for movies, sports and more. NOW OPEN to anchor the Texas Live! district is Live! by Loews. Experience 300 luxury guestrooms, 23 suites, outdoor infinity pool, private rooftop terrace, top notch meeting space and more. We welcome you to explore a whole new Arlington! Arlington is the proud home of AT&T Stadium home base of America’s Team – the Dallas Cowboys, and it was built to impress; it is host to the AT&T Cotton Bowl Classic, Advocare Classic, the 2015 inaugural NCAA College Football Playoff Championship game and the 2014 NCAA men’s basketball Final Four. The stadium has also hosted the 2010 NBA All-Star Game, Super Bowl XLV in 2011, and 50TH Annual Academy Of Country Music Awards in 2015 and numerous world-class concerts including U2, Metallica, the Rolling Stones and Taylor Swift. This mammoth stadium has over 300,000 square feet of flexible function space!

By air: Arlington is 10 miles from Dallas/Fort Worth International Airport, the third busiest airport in the world and no more than 4 hours by air from every major city in the country. Most of our hotels offer complimentary shuttles to and from DFW Airport. By car: A short 10 minute drive from D/FW International Airport, Arlington sits at the crossroads of five interstate highways, making the average drive time to most major cities in the state and region approximately three to five hours.

Recreation
2 blocks away
AT&T Stadium offers over 300,000 square feet of space! That means the Arlington CVB is your ultimate (and free!) Arlington trip planner, ready to hook you up with everything from the current stadium event schedule to Dallas Cowboys Packages and recommendations on the best Arlington hotels to keep you close to the action. Group opportunities include: stadium tours, art tours, onsite events, discounted game tickets and more.
One Legends Way
Arlington, TX, US 76011
Visit website

Recreation
1 block away
Even as you’re approaching the stadium, Globe Life Park impresses you with its grandeur. It covers 270 acres and boasts 48,000-plus seats. There’s an adjacent lake, a youth sports facility and Texas-themed architecture, served up with stunning views and some of the most inventive ballpark food in the country! Group opportunities include: ballpark tours, onsite events and discounted game tickets.
1000 Ballpark Way
Arlington, TX, US 76011
Visit website
Affiliated Organizations 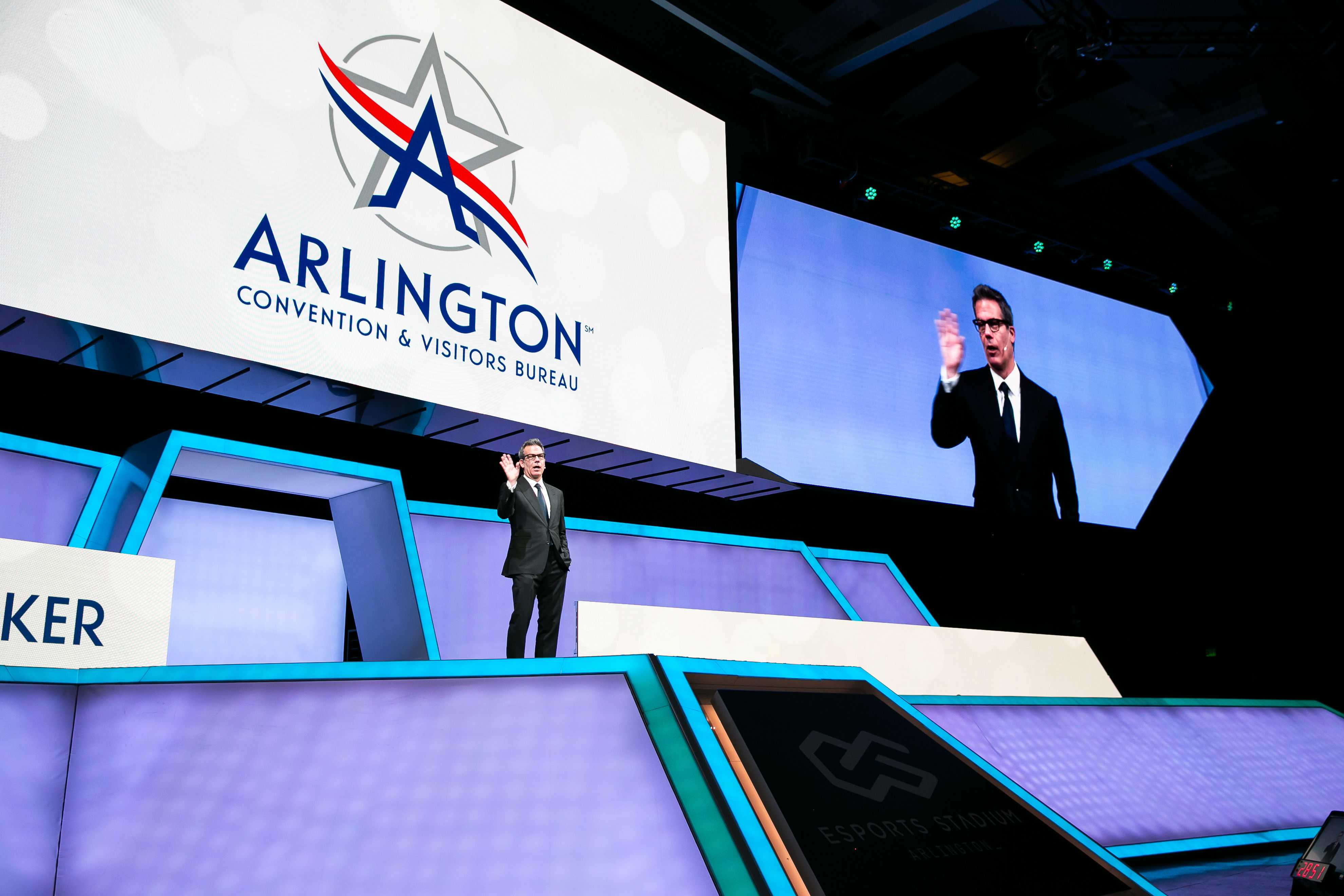 Arlington has earned a well-deserved reputation for delivering award winning meeting and event experiences. You'll find a cutting edge EXPO facility, great hotels and quality customer service...and the guidance of an experienced team who can make planning it all easier with complimentary services. Arlington sits between Fort Worth and Dallas and is centrally-located in the United States. We are at the crossroads of seven major highways and 2 major airports, including Dallas/Fort Worth International Airport, a short 10 minutes away.