Popularly known for its vibrancy, modernity, top-notch infrastructure and an enviable geographical location, Istanbul acts like a magnet attracting a pool of dynamic people from around the world. While art, culture and cuisine have been the primary reasons that make Istanbul a reliable and preferred tourist destination, the city is now increasingly getting recognised for its economic outlook and business-friendly facilities. This change in the economic landscape is bringing a boom in the MICE industry of the city.

Let’s take a closer look at some of the compelling reasons why event planners are choosing Istanbul to host their business meetings, events and conferences.

Istanbul enjoys a privileged location sprawling across two continents – Europe and the Middle East. The city has long been hailed as the centre for trade and commerce, thanks to its geographical advantage. This makes it a strategically sound central meeting point for international conference delegates, who are likely to travel from Asia, Europe or the Americas. Istanbul is easy to navigate. Railways, minibuses, ferries and city buses are easily accessible with a single transit pass. The air connectivity is also quite extensive. Istanbul Ataturk International Airport used to be the main airport in Turkey offering both domestic and international terminals. However, post the inauguration of the new Istanbul Airport in April 2019, all major airlines have switched their operations from Ataturk Airport to the new Istanbul Airport. With an annual capacity of 200 million passengers, this new Istanbul Airport has now become the largest airport in Turkey connecting Istanbul seamlessly to the rest of the world with flights to more than 300 destinations. 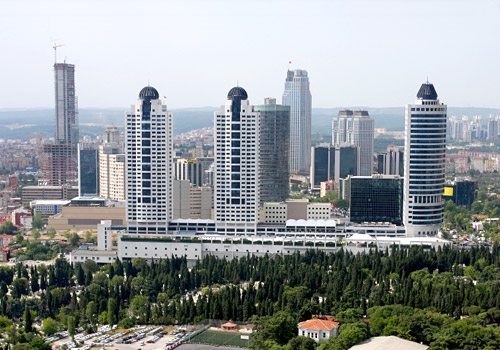 Istanbul is an ideal city to convene business congresses offering versatile meeting spaces for all kinds of gatherings. The city is home to seven convention centres and three exhibition centres, each capable of hosting major events with thousands of delegates. The contemporary meeting facilities are spread around four independent meeting clusters – The Congress Valley, the Golden Horn, the Airport District and the Asian side. Within these four meeting districts and even outside of them, Istanbul boasts several four and five-star hotels along with a wealth of unique venues that are sure to make an impression on convention-goers.

Istanbul Convention & Exhibition Centre (ICEC) is situated in the Congress Valley that comprises of a spacious auditorium with a seating capacity of 2,000 attendees and the impressive Rumeli Fair & Exhibition Hall, which offers a 2,100 square metres ballroom. Additionally, the centre features 21 meeting rooms, five boardrooms, and six VIP suites. The ICEC is equipped with 12-language simultaneous translation facilities, audio-visual technicians and all the other necessary amenities to ensure the success of conferences and events.

One of the largest and most comprehensive trade centres in the world, World Trade Centre Istanbul is situated at the Airport & Exhibition District, adjacent to the Istanbul Atatürk International Airport. It is an all-in-one meeting option, offering a 97,000 square metres of exhibition space, two luxury hotels, a convention centre, and a three-plaza business centre. All this combined with exceptional incentives supported by the historic sites, palaces, venues and more, Istanbul provides meeting planners with a range of incredible choices to create truly outstanding events. 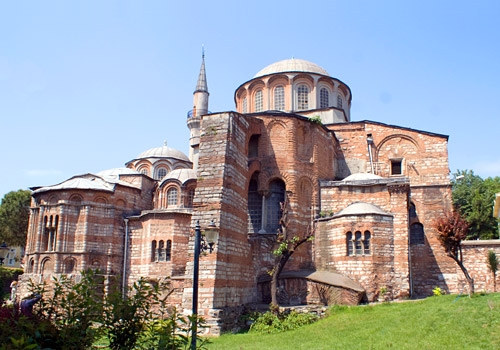 İstanbul is the biggest and the most developed city in Turkey. The city is one of the most prestigious capitals of the ancient and modern world. It owns both religious and cultural phenomena of centuries as Istanbul is the only city that has marked the ending of an era in history with its conquest. This undoubtedly contributes to its well-deserved popularity as a city that blends its historic cultural treasures with modern infrastructure, charming hospitality, and excellent accommodations. Restaurants in Istanbul serve authentic Turkish cuisines and a wide variety of food choices from around the world. Turkey’s gastronomic landscape reflects a remarkable culinary synthesis coming from its dynamic cultural heritage. 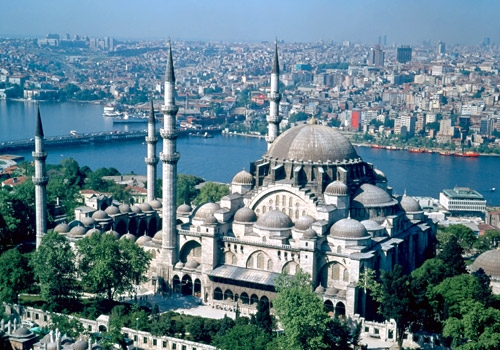 Owing to its location at the intersection of the East and the West, Istanbul has always been on the crossroads of ideas and innovation. It’s not surprising that the city is a recipient of numerous industry awards and accolades, including being named the European Capital of Culture for 2010 by the European Union. Istanbul has also successfully made to the city rankings by the International Congress and Convention Association several times. Istanbul also made a debut in the Cvent’s list of Top 25 Meeting Destinations in Europe in 2019. Istanbul has been a preferred meeting destination for hosting major global events. Uzakrota Travel Summit, among the most important events in the tourism sector, was organised for the 6th time in Istanbul last month. The ACE of MICE expo organised at the Istanbul Congress Center attracted over 15,000 visitors in 2019. Over the last five years, the event has attracted nearly 94,000 visitors coming to see some 1,500 exhibitors and attend over 37,000 business-to-business meetings.

With its unique venues mingled with a fusion of diverse cultures and advanced meeting facilities, Istanbul is rapidly evolving as a strong MICE destination. Whether you want to host a gala dinner, a social event or a corporate conference, the city welcomes you with a promise of an unforgettable experience.

Ashima started her writing career with a startup magazine where she wrote content for all its digital channels. During her journalism days, she has contributed stories for some of the top media houses. She has over 3 years of experience in communications and public relations where she was heavily invested in writing digital content for technology brands. When she takes a break from writing, she loves dancing, listening to music and being a globetrotter.
More articles from Ashima Jain
Dummies Ebook Bundle