Cities and regions have long been framed as stages on which events unfold, but the relationship is increasingly becoming a recursive one, in which events also make places. As part of the MICE industry, we all agree that events have a distinctive ability to change the image of the places, to attract tourism, or to create employment and income.

Geoff Donaghy, CEO of International Convention Centre Sydney in his report on Business events and place making: the power of connections writes, “Today, well planned business events and major venues play a significant role as the makers of a place and a catalyst for destination development.”

Placemaking is a multi-faceted and a people-centred approach towards planning, designing and management of public spaces. It can be summarised as the art of collectively reimagining and reinventing public spaces at the heart of every community, by paying special attention to the physical, social, and cultural identities that define a place and support its ongoing evolution. [1]

Let’s take a look at some of the key factors that exemplify how International Convention Centre Sydney (ICC Sydney) has been using business events as a placemaking tool.

The location and the physical environment in and around the venue is of the utmost importance when we talk about placemaking. As the nation’s topmost convention, exhibition and entertainment destination, ICC Sydney is a popular choice of venue for MICE planners seeking to host their event. Located on the Darling Harbour, the centre is self-sufficient to cater to any type of event and offers premium quality demanded of an international convention centre. It features a diverse choice of meeting and banqueting spaces.

The centre has a strong artistic and architectural heritage and boasts of nation’s most significant art collections. ICC Sydney celebrates nations art and culture across the precinct. A great example of this was when the centre commissioned an artwork by Jeffrey Samuels, renowned Aboriginal artist and Boomalli Aboriginal Artist’s Cooperative, and had it etched into the doors of ICC Sydney to welcome its visitors.

A series of digital screens run along the pedestrian boulevard and act as integrators between ICC Sydney and the community by narrating stories, sharing event details and providing community information.

The contemporary design of the convention centre seamlessly blends with the precinct around it. Laneways between the “big boxes” allow for easy pedestrian access and thoroughfare. ICC Sydney features an open-air event deck that overlooks Tumbalong Park and provides panoramic view of the city’s skyline. 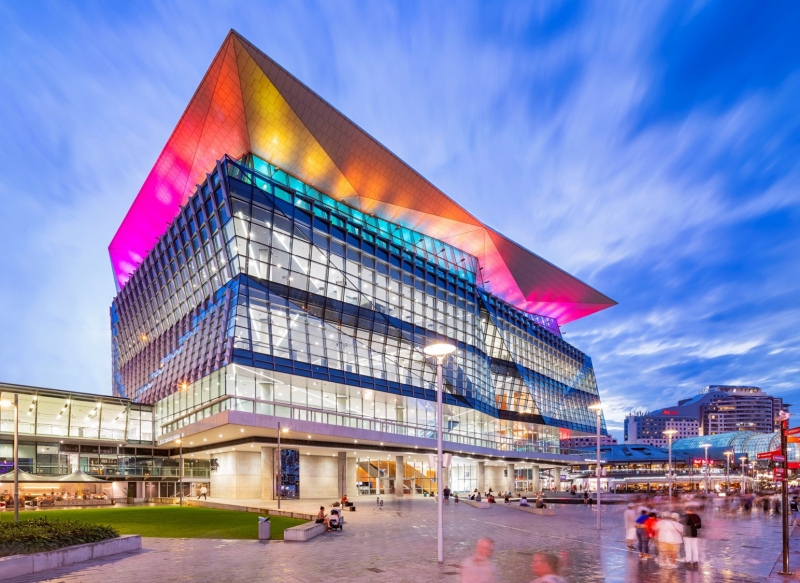 ICC Sydney has worked hard to inspire an improved sense of the place in the world’s largest harbour location by engaging, listening and connecting with the community around the centre.

The ‘Legacy Program’ that the centre offers creates an enriching experience for both clients and delegates – from facilitating university student engagement to forging connections with Sydney’s creative industries ecosystem, providing opportunities for Aboriginal-owned businesses, to donating recycled event items to charity partners, and more.

Through this same program, the centre works with clients to minimise the environmental impact and ensure they operate as sustainably as possible.

ICC Sydney follows a ‘Feeding Your Performance’ philosophy which has been designed to not only reduce its carbon footprint but celebrate its incredible local produce. The culinary team at ICC Sydney sources the ingredients through a unique supply chain of farmers and producers. This helps in driving positive impact beyond the city borders and into regional New South Wales communities, thereby supporting job creation and economic development. 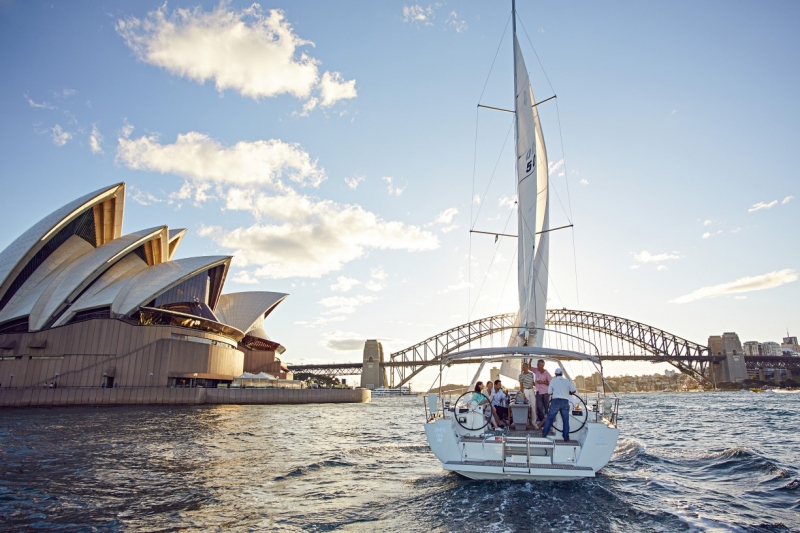 ICC Sydney sits at the nexus of Sydney’s innovation and business community, its financial services hub and one of its key entertainment precincts. The centre plays a key role in stimulating discussion about the future of the Western Harbour precinct, the next bay along from Circular Quay which boasts the Opera House and Harbour Bridge.

ICC Sydney is home to waterside dining establishments, entertainment and tourism venues, museums and cultural centres and parklands alongside its magnificent venue. Collectively, the centre welcomes 25 million people each year, binding together to elevate the profile of the area and further improve visitor experiences.

Alongside the strongly held relationships with the neighbours and the private sector, it is critical to align with policy makers. This demonstrates the value of hospitality and business events industry and sets an example that other communities and venues can emulate.

ICC Sydney keeps all tiers of government informed to ensure their sustained support and recognition of the value that it contributes to the broader community, whether that be about delegate spend, job creation or advancing the knowledge economy.

The business events industry has created an immensely positive impact on the community and the overall appeal of a destination. But in order to have an impact on placemaking, events have to be more than an unconnected series of happenings that take place in a particular location. There should be a holistic, strategic approach to the relationship between a place and its program of events. To have a placemaking effect, events also need to add to the meaning of the location. Placemaking can therefore be seen as an all-inclusive process that takes the basic resources or materials provided by a place, which in turn requires the creative use of symbols and concepts attached to their meaning. ICC Sydney demonstrates all the above features effectively to deliver sustainable placemaking benefits to not just Sydney but the whole of Australia.

Ashima started her writing career with a startup magazine where she wrote content for all its digital channels. During her journalism days, she has contributed stories for some of the top media houses. She has over 3 years of experience in communications and public relations where she was heavily invested in writing digital content for technology brands. When she takes a break from writing, she loves dancing, listening to music and being a globetrotter.
More articles from Ashima Jain

Event Basics: Making the Most of Your Site Visit

3 Things to Consider When Finding the Perfect Venue