The fifteen towns of Cape Cod and the Islands of Nantucket and Martha's Vineyard, are world-class, year-round destinations. Surrounded by 559.6 miles of coastline, Cape Cod has options to fit everyone's desire and meeting budget. Picture-perfect towns, sea coasts and lighthouses are plentiful along the routes that take your meeting attendees to a historic and iconic destination, that boasts 5-star and 4-star resorts, brand properties, seaside inns and unique venues. 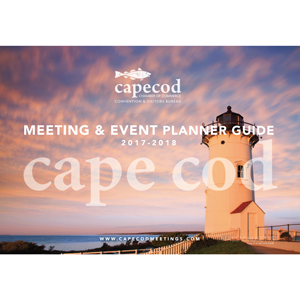 Expect to find plenty of fresh seafood, whether you are eating at one of Cape Cod's fine-dining restaurants (try some of our famous Cape Cod or New England Clam Chowder), or at a humble roadside shack. The local waters are a cornucopia of clams and oysters, lobsters and scallops, tuna and cod.

Cape Cod is accessible from virtually anywhere in the world. Click here to learn more! Cape Cod by the numbers:

Wherever you want to go, Cape Cod has you covered and can provide the ultimate experience to excite and entertain your guests. Leave the stress of event planning to the professionals. Contact one of the Cape's expert planners or [email protected] and relax with the knowledge that your event will go swimmingly!