Flamingos. Waterfalls. Mobsters. Have more than a meeting. Have an Experience.

Breaking away from the usual meeting

Flamingos. Waterfalls. Mobsters. We’re guessing that they’re not the usual cast of characters you find in your business meetings. However, Las Vegas is not a city 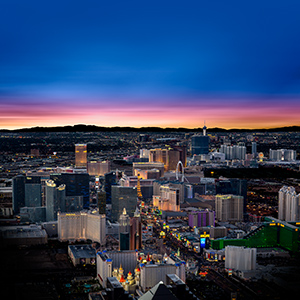 known for the ordinary. Although this is a business destination with a serious reputation among meeting planners, it also delivers when a meeting calls for something with character.

When you think of business meetings in Las Vegas, you tend to think of the big stuff. For 22 years in a row, the city has been the No. 1 destination for trade shows. Last year, it played host to 54 of the 250 largest trade shows in North America (that’s more than the next two cities combined). And to cap it off, Las Vegas is home to three of the 10 largest convention centers in the U.S.

What they don’t tend to think of are the smaller scale settings people can meet for business. We’re going to introduce you to two of them. The scene is not traditional, but the impact they make can be extraordinary.

Nestled on the Flamingo Hotel’s lush 15-acre grounds, the Flamingo’s Wildlife Habitat is stocked with exotic birds, fish and turtles. A highlight is the Flamingo Island, home to a beautiful flock of Chilean flamingos. A colorful collection of other feathered friends, such as ringed teal ducks and sacred ibis, fascinate and populate the habitat. In addition, swans, ducks, koi and turtles add some variety to the scene. While they’re discussing flowcharts, business people watch animals frolic on islands and streams surrounded by sparkling waterfalls and foliage. After scanning documents, they can watch hummingbirds zip to feeders, snap a few pictures of signature flamingos and watch the water animals at feeding time. Basically, you’re getting back to nature and sticking to business at the same time.

Based on the story of America’s favorite bad guys, the Mob Museum is hard to beat when a business mixer needs some icebreakers to start a conversation. The historic building features three floors of interactive mob exhibits that include highlights like a walk through Las Vegas’ criminal past and a chance to wrap your meat hooks around a tommy gun (Take that, you mug! Sorry.). Seriously, you’re surrounded with authentic details and historic architecture that you can’t find anywhere else. It’s a great place to make business offers you can’t refuse.

Of course, both of these locations come with all of the usual benefits of meeting in Las Vegas. That includes 320+ days of sunshine, more than 150,000 hotel rooms, over 140 hotels offering meeting facilities, and an airport that offers more easy travel from 900 inbound and outbound flights a day.

As a city that attracts more than 42 million visitors a year, Las Vegas continues to evolve as a vibrant showcase for the extraordinary.