Headquartered in New York City, Loews Hotels & Co. is a hospitality company rooted in family heritage in the hotel industry and excellence in service.

Chairman and CEO Jonathan Tisch serves not only as the ambassador of Loews Hotels & Co., but also as a passionate advocate on behalf of the multibillion-dollar travel and tourism industry.

Loews Hotels & Co. operates 24 hotels and resorts across the U.S. and Canada, including Universal's 600-room Aventura Hotel, the sixth hotel in partnership with Comcast NBC Universal; it's opening in August 2018. 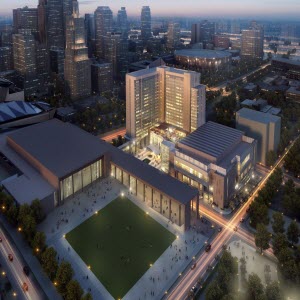 Located in major city centers and resort destinations from coast to coast, the Loews Hotels & Co. portfolio features properties grounded in family heritage and dedicated to delivering unscripted guest moments, all with a handcrafted approach.

The company prides itself on the individuality and uniqueness of its offerings. As a branded independent, the Loews Hotels & Co. portfolio has carved out a unique niche, which it has been able to “own” before independent hotels became a trend.

Loews Hotels & Co. specializes in providing exceptional service to high-end transient, corporate, and group customers.  The company refers to itself as a “small big company,” resulting in a personal and genuine culture and a nimble and responsive operating philosophy, two characteristics that are especially appealing to today’s customers. These traits are also appreciated by existing and potential owners and partners.

We are excited about our current growth trajectory. Growth for Loews Hotels & Co. is not about pins on a map, but rather leveraging our strengths, focusing on group hotels, partnering with destinations, and creating hotels where there is an existing, built-in demand generator.

Some of the company’s new hotel developments:

In addition to these hotels, Loews Hotels & Co. continues to look at new opportunities in destinations throughout the United States and likely will make additional announcements in the coming months.

Loews Hotels & Co. remains committed not only to growing the company but also to the existing hotels and the communities where it is located.

Just What Is French Service, Anyway?