Forty-six percent of LGBTQ workers say they are closeted at work, a figure that has remained relatively unchanged for the past decade. This means they don't feel comfortable speaking up to biases that they encounter and end up being more depressed/unhappy with their work. By being able to bring your full self to work, we can all work better together.

That’s why we still recognize October 11th as National Coming Out Day globally. This day is an opportunity to recognize the brave LGBTQ and allied individuals who have spoken their truth about their authentic selves. I've always loved this day because I get to hear so much love from the LGBTQ community about how coming out has made their lives better in the long run. Having that shared experience of coming out is the fabric of what brings LGBTQ people together in the face of adversity.  That said, there remain extensive challenges in coming out where individuals don't feel fully comfortable to be themselves ranging from micro-aggressions to being fired at work to their lives being in physical danger.

I've come out possibly hundreds of times in my life but the most notable times seem to be the first few. My story is rife with details that only Millennials probably understand, back in a time when YouTube was just getting started and Mariah Carey reinvented herself for the first (?) time. I was the quiet kid back then, loving show tunes and show choir but otherwise kept to myself with my video games and books. I didn't really realize I was gay until 16, but the moment I had a term for how I felt, I wanted to come out, albeit on my own terms. 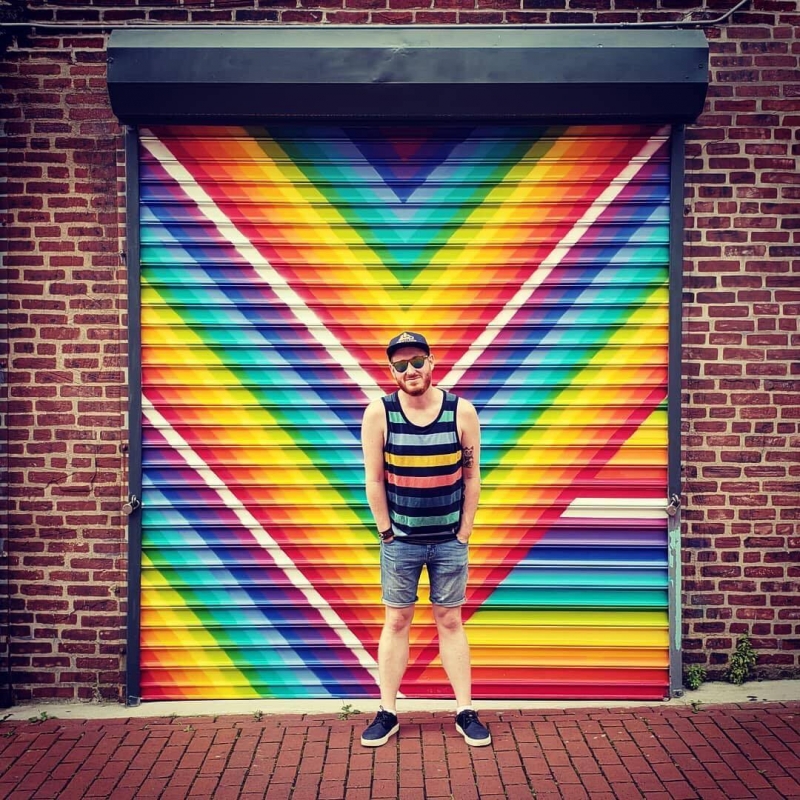 I first came out to my best friend in high school back in 2005 over AOL Instant Messenger. I was sitting in my bedroom scrunched over a computer on the wooden desk my father had made, just learning what was out there with the internet, and here I was, contemplating coming out to my best friend over it. I had known her since first grade, yet was somehow terrified she would reject me and my massive secret. I had worked myself up to this moment because I didn't want to lose my friend and she took it better than I could ever expect her to. She effectively acknowledged it as a fact, and I was quickly comfortable being myself with her. It was a huge relief!

My next coming out story is not nearly that straightforward (no pun intended). I was in show choir in high school and we were going to a competition in Ohio to perform. I knew I wanted to come out to my parents, but I wasn't ready to do it face to face (I'm sure that's funny to people who know me now). So, I wrote a letter expressing what had tormented me for some months expressing that I'd like to come out. My mom called me on my flip phone while I was out of town, but I refused to answer knowing that she had found the letter.

I remember so vividly what happened when I returned home that Sunday.  She sat down on my bed while I was at that same desk as before, except now coming out to my mother as she cried. She was disappointed, not that I was bisexual, but because she had a certain expectation of her children and when that expectation is shattered, it can be quite shocking. Years later, I equate her reaction to having to react to something that had taken me years to come to terms with. She's ended up being a huge ally and probably has more conversations about being a good ally than I have as a queer person.

My final significant coming out was to the rest of my friends. I decided to come out on LiveJournal on Wednesday, March 9th, 2005 because I was convinced I wouldn’t be able to get the words out with my friends to come out to them. I also knew that enough people read it that I wouldn’t have to bother coming out to everyone one by one. I posted on my AIM away message that I had updated my LiveJournal, and then went to bed without a peep from my friends. On Thursday, March 10th, everyone at school knew. Being in show choir, you can imagine I had quite the support system and this all gave me the confidence for the rest of my life to live my authentic self. I was so relieved.

Now, I try to recognize my privilege with these stories and how I can uplift others. I was fortunate to be born into a middle-class family that was pretty open-minded. I'm white, male, and relatively straight-passing, which means that I have a choice to be out or not. That's why I'm excited that I'm not the only person telling my story during National Coming Out Day this year. It's still important that we recognize these stories because half of LGBT individuals are not out at work. Whether you’re an ally or LGBTQ, continue to share your story so that we can continue to normalize these stories for everyone.

Brandon Beall is the Senior Manager of Release Readiness at Cvent and works with the Cvent product team to educate customers and Cventers about new products. When he's not at Cvent, he's obsessing over TV show theories and continuing to hide his new tattoos from his parents.
More articles from Brandon Beall
Dummies Ebook Bundle

10 Ways to Incorporate Social Media into Your Events

Introducing The Cvent Blog: Where the Event Industry Meets for Tips, Trends, and Best Practices

What You Can Expect From the New Cvent Blog