How Hotels and Venues Worldwide Responded to COVID-19

These are challenging and uncertain times. But there is comfort in seeing industries, businesses and individuals pull together, collaborate and adapt. Hospitality is one such industry that has responded swiftly to COVID-19, and businesses around the world have begun to help both those affected by, and those working to alleviate, the virus.

Many hotels and venues are opening their doors to frontline workers, patients and the homeless.

Here are some examples of how hotels and venues across the globe are aiding the fight against Coronavirus:

What do the ExCel Centre, Manchester’s Central Convention Centre and the Birmingham NEC have in common?

Selected convention, sports and leisure centres are being turned into temporary hospitals in preparation for an influx of Coronavirus patients. Without these makeshift hospitals, many patients would be left in corridors, car parks or could be turned away.

The ExCel Centre, London, along with Manchester’s Central Convention Centre, and the Birmingham NEC, are being madeover into NHS Nightingales, a group of temporary hospitals set up around the UK. This centre is becoming a critical facility in saving lives and easing the burden on hospitals. 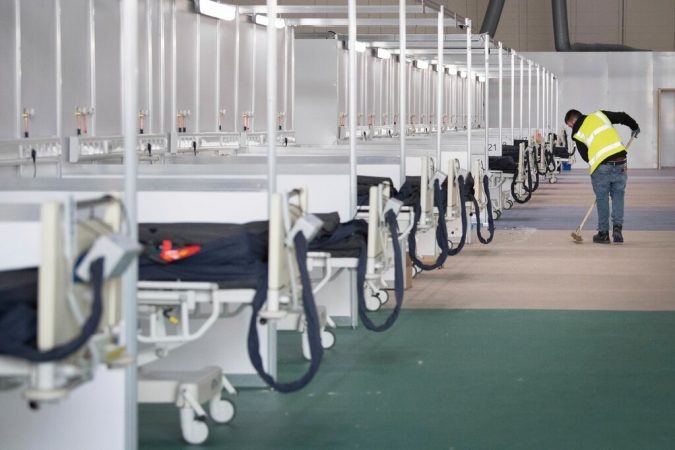 The ExCel has a capacity for 4,000 patients with 500 beds equipped with oxygen and ventilators to treat the critically ill. Furloughed flight attendants from EasyJet and Virgin Atlantic will also join the battle, assisting doctors and nurses in the facility.

Thirty-three thousand beds in total will become available across the nation, with Manchester’s Central Convention Centre and the NEC in Birmingham being the next tradeshow venues to be converted into temporary hospitals.

In just 24 hours, the IFEMA convention centre in Madrid was transformed into a temporary hospital by the Spanish military alongside the regional government and health ministry. 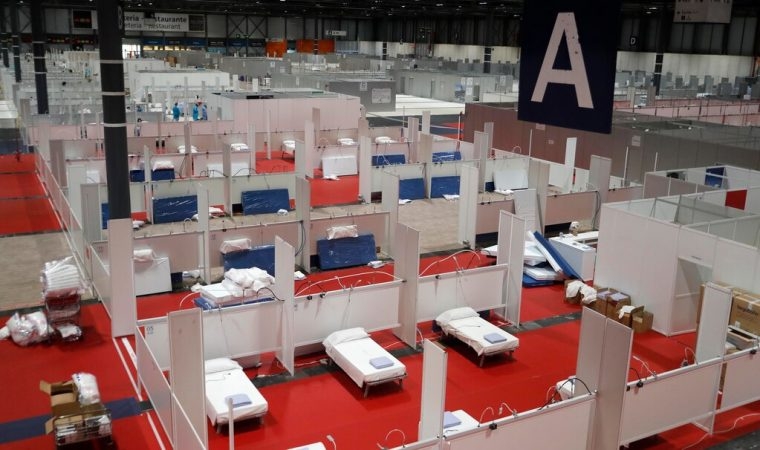 The centre has a capacity of 1,300 beds but can be increased to 5,500 if necessary, including wards for intensive care units.

Temporary hospitals such as the ExCel and IFEMA aren’t just dealing with Coronavirus patients, however. Meng Aw-Yong, an emergency physician at Hillingdon Hospital, notes:

“Remember, we will still be dealing with people who have had heart attacks and other problems. The ExCel Centre will be used to help hospitals to keep functioning.”

It’s not just convention centres that are transforming into temporary hospitals. Hotels are also taking their share of Coronavirus patients at this time. Hotel Hesperia, for example, was changed in just four days.

Rooms were stripped with sanitary and healthcare equipment being moved in.

The hotel is also taking extra precaution with no-contact, minimal risk policies. Hallway tables are placed outside rooms for healthcare workers to drop off meals.

In order to help ease the pressure on the Spanish healthcare system, NH Hotels has agreed with health authorities to medicalise some of their hotels.

NH Parla Hotel, due to its proximity to the Hospital Universitario Infanta Cristina, is one such hotel. Its 88 rooms will be used to accommodate the recovery of Coronavirus patients whose symptoms need monitoring but are not in critical condition.

NH Hotels will also be making ten properties available to healthcare workers, and have donated, to various charities, all the food that was stored in closed hotels.

From the start, hotels have been wondering what can be done to aid in this crisis while generating new revenue streams, and those that are able, have opened their doors to frontline workers.

From personal assistants making reservations for thousand-dollar rooms at the Four Seasons Hotel New York to a worried mother calling to get a free room for her son on the frontline.

The New York Times this week reported the story of hotels such as this. The son, a physician assistant, said:

“In the middle of my shift, when things are getting chaotic, and I’m eight hours in, it’s so nice to fall back on the idea that I have a place to go that is fairly close by and beautiful.” 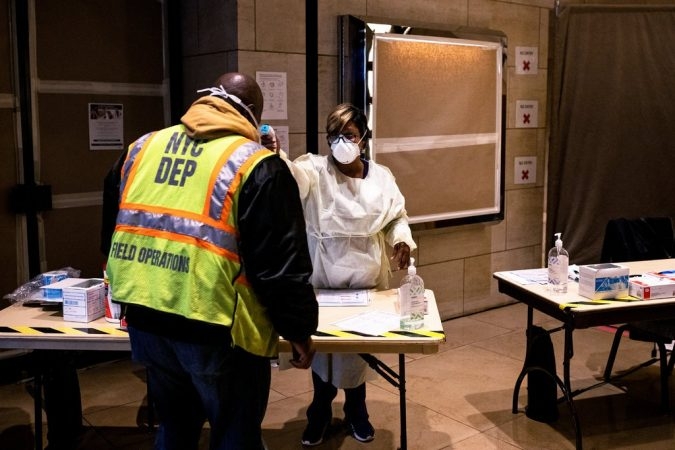 The Four Seasons in Manhattan is now offering free accommodation to doctors, nurses and medical personnel. By doing so, the luxury, five-star hotel will aid those who must travel long distances after working 18-hour shifts, while finding a way to stay profitable while its doors are closed to the public. 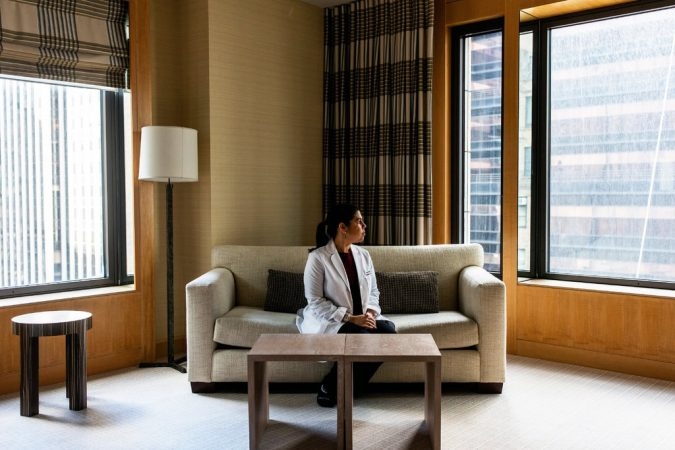 According to Ty Warner Hotels and Resorts, the group who run the hotel, they’ve had an overwhelming response regarding the housing of healthcare workers and are working with government, health authorities and local medical associations to manage the reservations process.

Claridge’s, London’s luxury hotel in the Mayfair district, closed its doors for the first time in its 200-year-history. On April 3rd, it reopened to doctors, nurses and other NHS workers.

Paula Fitzherbert, the director of communications for the Maybourne Hotel Group, said in response to this move:

“We love London. London is part of what we are and we need to help. We need to step up the way all our health care workers are.” 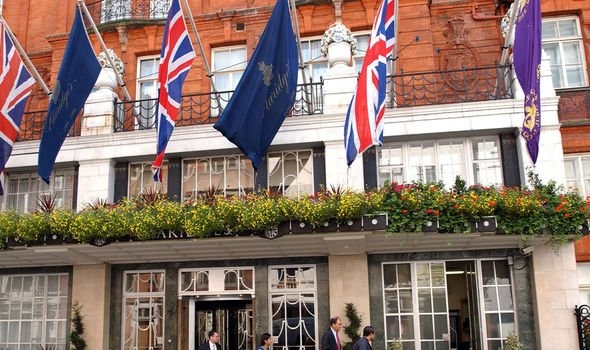 With many workers coming to London from other areas in the United Kingdom, many will need lodgings and a place to rest and rejuvenate after long shifts.

Although they won’t be able to experience the full luxurious stay, Ms. Fitzherbert said she hopes “they’ll be able to come in, run a bubble bath, hopefully relax before going out again.”

Hotels provide shelter for the homeless

Coronavirus has changed the way we live, globally. But the homeless is a vulnerable group that is unlikely to follow health advice such as self-isolation, social distancing and handwashing.

They are also more likely to have underlying health conditions such as respiratory problems.

As a result, hotel rooms around Europe have been made available for the homeless to use with black cab drivers volunteering to drive them to the hotels.

Working with InterContinental Hotels Group (IHG), the London Mayor Sadiq Khan’s office has block-booked 300 rooms at a discounted rate for the next 12 weeks, specifically for the homeless.

“The current situation is unprecedented, and people’s health and wellbeing must be the top priority. We are pleased to be working closely with the Mayor’s office and GLA to use our hotels to contribute to the recovery effort in London.”

With an estimated 250,000 homeless people, France too is a country that is dedicating empty hotel rooms to those needing to self-isolate during the outbreak, with the hotel group, Accor, pledging single rooms to help in this effort.

Housing minister Julien Denormandie assured the population that “Solidarity will not be a victim of COVID-19″.

It’s not just hotels and venues joining the battle. Convention and visitor bureaus (CVBs) across the globe are doing what they can to support their countries.

In alignment with social distancing advice, most CVBs have changed their messaging to encourage travellers and tourists away and instead plan for the future.

But some, such as Lexington, Kentucky, have become a source of support and information for their community.

Their COVID-19 Response page mentions that by doing so, they “collectively prepare a strong, thorough response for serving the public as a whole.” To help sustain their community, some of the information provided covers:

Others, such as Switzerland’s tourist board, MySwitzerland, have taken to social media to share positive messages with their campaign: “dream now, travel later”.

Hashtags such as #neverstopdreaming and #staystrong are simple but encourage would-be travellers to think about their future travel plans.

In addition to a video, the Switzerland Tourism website offers a virtual tour, inviting would-be travellers to explore the country from their living room.

Other responses to the COVID-19 pandemic

Hotels in Japan are taking a more unconventional approach to these new circumstances. Homeikan in Tokyo, an operator of traditional inns, is taking advantage of the district’s rich history of being home to more than 100 traditional Ryokan inns where writers would write in seclusion. 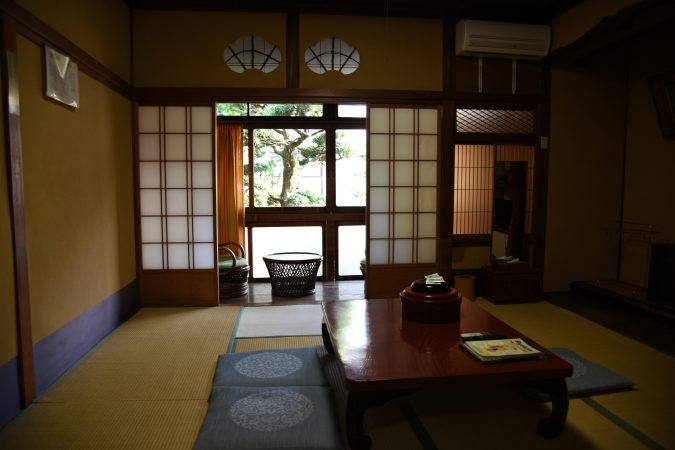 Guests can pay ¥8,000 per night to feel like great authors of the past and work in seclusion. In March, bookings sold out within hours of the offer being made available and could become a permanent fixture.

Other hotels are trialling similar strategies. In the wake of school closures in Japan, Tokyo Daichi Hotel Yonezawa, has opened its doors to students unable to study at home.

These are tough times - we need to come together to restart the industry!

Next up, find out how to hold safe meetings and events as the industry reopens.

Olivia started her writing career as a music, film and theatre critic before moving into B2B. She has had 3+ years of experience writing for martech companies, covering digital marketing, retail and hospitality. When she isn't writing, she can be found with a good book or PC gaming.