Strategic Meetings Management is a discipline that’s helpful in virtually any industry where face-to-face meetings are an important part of doing business. It’s valuable and workable for companies large and small. That said, different kinds of companies bring different challenges to the table. This post spotlights the experiences of a number of different kinds of companies as they have implemented SMM programs. Some of the needs they bring and challenges they face are common, some unique.

Meeting planners are accustomed to sourcing events at conference centers, hotels, theaters, and even golf resorts. How many have to accommodate requests to secure a cadaver lab for a gathering? If you’re working in health and life sciences, your meetings are bound to be a bit different from those of organizations in financial services, government, or some other sector.

The life sciences industry is under intense pressure to reduce costs while ensuring the highest quality. In-person interactions are vital for marketing and for such activities as clinician support and training.

SMM IN THE LIFE SCIENCES

One medical device manufacturer was struggling with poor adoption of its meetings program. For example, many users bypassed the enterprise-wide meeting request form because of its limitations. The company turned to Cvent for a new solution.

One early task was consolidating meeting request forms to create a better requester experience. Cvent helped develop a system diverse enough to handle the company’s wide range of unusual meeting needs while maintaining the data in a way that served the enterprise as a whole. Each division could create workflows that met its own unique needs, yet the company gained the ability to register meetings, track spend, manage attendee registrations, and create savings across the organization.

Another healthcare company, with more than 40,000 employees, also maintained a large menu of meeting types. It faced a similar desire to gain enterprise-wide visibility and savings while allowing differentiated planning pathways designed to accommodate diverse requirements.

This company initially chose to create four different forms to correspond with its various different primary meeting types. The idea was to ensure compliance with all pertinent corporate policies while allowing the flexibility that certain kinds of meetings required. A later iteration of the program simplified the process back to a single form with built-in logic that directed each meeting type to the appropriate resources.

The company has gained many valuable insights through SMM implementation. It has negotiated multiyear contracts with hotels in key cities, reducing rates while easing the resources needed to manage suppliers. The data availability has helped shape strategy, and company executives appreciate the customized reporting that helps them track spend volume and compare business units.

This sector often suffers from a lack of visibility into who is planning meetings, where they are being held, and which healthcare professionals are attending. That makes it harder to comply with government regulations, which vary significantly from one global location to another. Data privacy is imperative in all sectors, but especially this one, where patient data is an incredibly sensitive commodity (and a hot target for hackers).

Companies that serve health care providers face more regulatory requirements than most, and those requirements can have an impact on their meetings programs. For example, federal law has a lot to say about meetings involving physicians, and how companies market to them. When medical providers are involved in meetings, certain parameters must be met related to continuing medical education content. These meetings also tend to have high-level security requirements.

All of this puts the organization at risk and makes an SMM program the optimal tool for improving the health of a life sciences meetings operation. By capturing data from the very start and managing it meticulously, you gain the visibility you’re seeking on an enterprise level or in a company of any size.

Like health care, the financial services sector faces heavy and always-evolving government regulation. It deals with data that is incredibly sensitive and requires intensive security. It includes players who prefer to keep a low profile, even when they’re in an event setting. This creates unique circumstances that meeting planners must handle, and opportunities for an SMM program to show its value.

On the data security front, financial services companies must maintain absolute control over who owns data, how it’s stored, who can access it, and what measures are employed to keep it safe. That underscores the importance of centralized processes and controls, of the type provided by an SMM program.

The experience of one financial services company illustrates why it’s vital to pick an SMM provider that’s on top of the technology. This international company had a service provider already, but its limitations prevented full automation of meeting planning end-to-end. In fact, that dream got bogged down from the beginning of the process because requesters had to fill out and email a PDF form — not a good start for efficient approval, data entry, and ultimately, enterprise reporting.

The company asked Cvent to sort out the situation and implement an SMM system on a tight timetable because the previous vendor’s contract expiration was imminent. As one might guess, a financial services company has an eagle-eyed IT department, which imposed strict internal testing requirements for the new system.

Implementation was quick, nevertheless, and resulted in a system that overcame the hurdles that had plagued its predecessor. The financial services company now has a user-friendly requester portal, with a single meeting request form with built-in logic to help prevent errors. The system automates previously manual processes — for example, it automatically reads specific information in the meeting request and directs an early attempt to book internal space whenever possible. Each meeting has its own full audit trail, and the reporting functions are automatic.

Another financial services firm that turned to Cvent with a quick turnaround need was an insurance giant that planned hundreds of meetings a year and had a system in place that was too clunky for many users’ tastes. The request seemed simple enough — make the system simpler so more people would use it and, thus, improve its value. The timeframe made it trickier, though, as did the need for a bit of functionality that did not yet exist in the new system.

Cvent completed the challenge allowing for a smooth transition and implementation. The company got to work on many of the specifics, in fact, prior to contract signature, which helped all players hit the ground running. That allowed for a detailed implementation plan to be ready right away, covering all project tasks including training and rollout communications.

Data privacy means more than simply keeping it out of the hands of bad guys, though. Regulatory agencies are having an everincreasing say in how data is maintained and used, and what kind of control people should have over data pertaining to themselves. The European General Data Protection Regulation is one example of a regulatory burden that can’t be ignored. Other jurisdictions are following suit, such as California with its upcoming Consumer Privacy Act. Event-related data can fall under these regulations, and an SMM program can help ensure compliance.

One more aspect of an SMM program in the financial services addresses a different kind of privacy. Many investors, particularly those with the deepest pockets, prefer to do business discreetly. If they attend an investment banking event, they may need to conduct business in a small, confidential setting within the event. A structured meetings program can help facilitate that kind of need.

The tech sector relies on meetings to showcase advancements and try to wow new customers. Compared to some sectors, regulation is less of an issue. But an SMM program is incredibly important, because every dollar saved on meetings is a dollar that can be reinvested in the R&D that is this sector’s lifeblood.

Why wouldn’t a tech company save its meetings-related money and funnel it all into R&D? Because high-profile events are vital to success in the world of technology. This is a business driven not just by inventing the next really big thing, but also getting it in front of the world. The spotlight on a tech event is almost incalculably valuable.

Strategic sourcing, as enabled by an SMM program, is a key to playing big in the event field while also saving precious dollars that can fuel growth in other ways. Further boosting efficiency are such benefits as capturing payment data, which can be entered into the system manually or automatically through an application programming interface.

SMM IN THE TECH SECTOR

A major worldwide online security tech company was in need of an SMM approach and knew it needed buy-in up and down the organizational chart. Its director of global travel decided to start with the controllers, knowing that they would be grateful for the visibility into spending and the ability to get a better handle on costs.

The company established an advisory board of controllers and decided to move forward with a sourcing-only program so the meeting planning community could retain its sense of content ownership. It aimed to reduce financial and security risk by standardizing contract terms and conditions, with a process for extra review in situations where the supplier is unable to agree to those terms.

Before implementing the program, as many as ten lines in the general ledger had something to do with meetings. Now, there’s a single general ledger code, and the CEO can get an answer to the question of how much is spent on meetings.

Meanwhile, a major non-profit testing service found it was hosting hundreds of meetings annually, but major fragmentation meant zero visibility into meeting terms and spend. Most meetings were held within business units, so most of the pertinent information remained within departments.

One of the key aims of the program was to centralize the contracting and reconciliation functions, thus leaving meeting planners more time and bandwidth to work on content and logistics. The hope was that the program would be seen as assistance, rather than a top-down takeover of meeting planning. 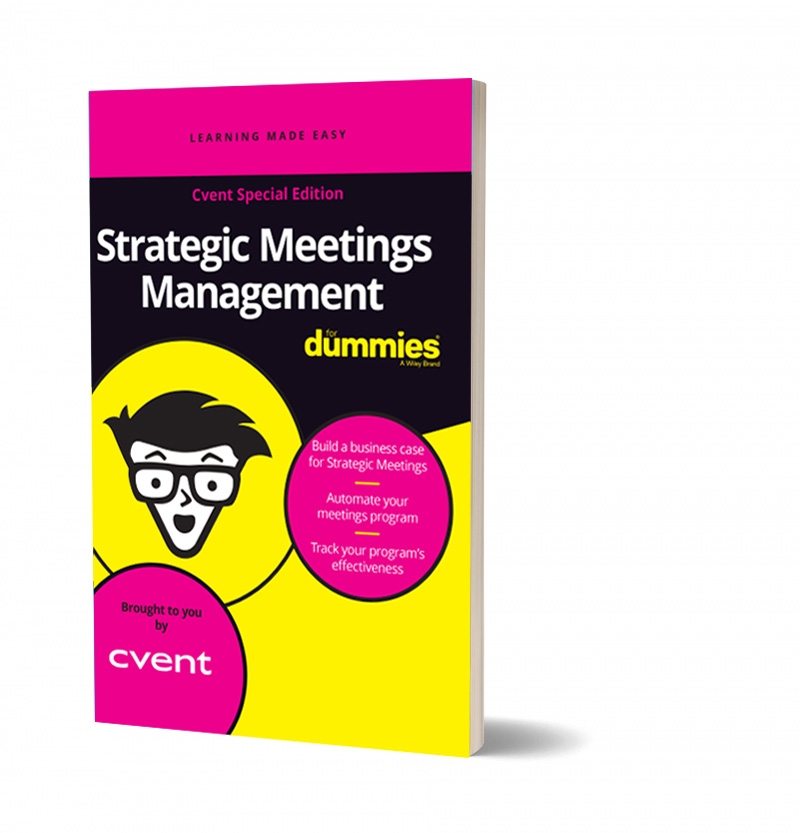