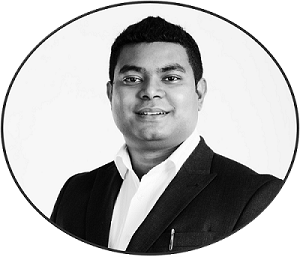 “We basically now have close to about 18-20% of market share from India, in leisure market for inbound arrival in Japan. And Cvent has been a very crucial part of the journey of getting to this point.”

Up until 2014, the ASAHI team’s venue sourcing process was mostly manual, with all data being entered and managed in Excel sheets, Word docs etc. This meant that, at any point in time, one person in their team could handle negotiations with only a limited number of hotels or venues. This severely restricted the number of options they could choose from, whenever a query came in or whenever there was a challenge of not finding a suitable venue. According to Selyucus Markus, Director at ASAHI, “The challenge was that we were not able to reach out to new hotels, nor did we know how to get in touch with them. During peak rush time, there were up to 30 queries that our 3-person operations team was handling in a day and these queries needed to be acknowledged, replied to, and quoted in time.” Managing this process proved to be incredibly stressful for the team, as Selyucus further adds, “So we had 3 people calling for all these queries on a daily basis, sending the contacts the same emails. There were a lot of typo errors happening and there was a lot of miscommunication on the dates. And for each different date, we got a new quotation.” ASAHI realised they couldn’t continue this way if they wanted to scale up their business in the long term.

As their company evolved, so did their processes, and ASAHI recognised the need for a software that could enable them to reach out to more hotels. ASAHI finally onboarded Cvent in 2016 and the ASAHI team began using Cvent to source venues and accommodation for any groups coming in that needed more than 5 rooms. The tool played a crucial role for them at that time as they were just starting up their inbound division in Japan. Says Selyucus, “Japan has always been challenging – either with the limited number of hotel rooms, or booking the hotel rooms in time, or getting hotel rooms at the right price, especially in cities like Kyoto, Tokyo, and Osaka. These three to four destinations have very limited hotel rooms. So Cvent has been a great partner for us for these particular places to source from.”

Once Cvent came into picture, ASAHI began putting all their queries through Cvent. Once they had all their data in one centralised system, the team was able to make more informed decisions such as picking the most suitable quotation, identifying potential for negotiating rates and getting the best deals. With this new process, ASAHI saw a great improvement in cost saving, efficiency, and time savings. “Because earlier, one person was contacting four to five hotels on an average on a daily basis for queries. There were times when the sales staff of the hotel would either get confused on what is happening, or they took their own sweet time to reply, or they were not at their desk. That was a challenge. So when Cvent came in, all of this process was streamlined,” adds Selyucus.

“Cvent and ASAHI are a match made in heaven! Because of Cvent, we have a little bit of advantage on our side and you know that really helped us out find out new hotels, new partners for us. We have formed great relationships with some of these venues and they give us good rates even during the peak season.”

handled on average every year

in number of passengers handled

of queries processed in a day

One of the motives behind automating their manual venue sourcing process was to reduce their turnaround time for query responses as it was hampering their business. ASAHI goal was to scale up their operations and that meant the sourcing team needed to be at their efficient best. Explains Selyucus, “Because the turnaround time in Japan plays a very important role. If you send a query to any of the Japanese DMCs, they normally take about 3-4 days just to reply to that. And they don't really entertain the South Asian market that much, because the closure rate is very low. And the reason the closure rate is very low is because the turnaround time is so high. So that was a key problem area that we focused on back when we started this department. We made our process as such that the turnaround time was quick – maximum 24 hours. Cvent helped out to reach that particular goal as well.”

ASAHI now uses Cvent to handle 80% of their sourcing business. From 2015 to 2019, Cvent has played a key role in the growth of the company’s business. ASAHI now holds 18-20% of market share from India, in leisure market for inbound arrival in Japan. “And it is expected to boom further - it was expected to grow further,” says Selyucus.

While ASAHI primarily uses Cvent to get inbound business into Japan, they plan to start sourcing operations for getting more travel business to India in the future. “Yeah, right now, we just take care of the management function while outsourcing the venue search operations to another company, but in the near future, maybe in a year or two, we plan to do all the sourcing by ourselves. And yes, we will be using Cvent to reach out to Indian hoteliers as well as venue partners,” concludes Selyucus.

Become a Success Story with Cvent

Explore our integrated solutions today to transform your virtual, hybrid and in-person meetings and events.

About the Company
Established in 1992, Asahi Travel Service (ASAHI) is a leading destination management company for India and Japan. With offices in New York, Tokyo and New Delhi and a trusted network of partners and alliances, ASAHI specialises in creating unique, indigenous experiences in the form of group or personalised, individual tours in both countries.